this summer, the wonderful town of Graz got blessed with a visit from the Supra team with the likes of Jim Greco, Chad Muska, Terry Kennedy, Neen Williams, Tom Penny and others, including a demo and in-shop signing. most of the guys were pretty tired from their tour schedule, but Terry Kennedy was too hyped to skate the biggest rail that we could offer him: the infamous Thalia 13. of course, once word got out at the signing, a giant crew of people wanted to witness this. (by the way, if you haven´t done that already, please check out my new site on FB: https://www.facebook.com/layingbreadcrumbs , thanks!)

my personal highlight: seeing Joe Brook of Thrasher Magazine fame at work. amazing. thanks for the nice chat and words of wisdom!

Terry getting in the mood.

the giant crew of people didnt help either. so, we had to leave. 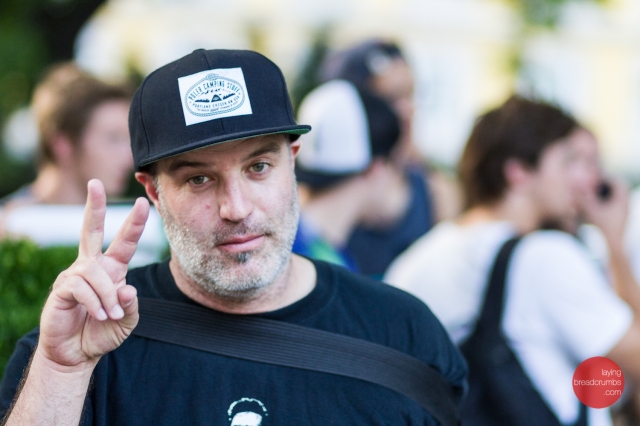 after we got kicked out, we left and regrouped at another place, just to return with a smaller crew that doesnt draw too much attention. oh we are sneaky geniouses.

aaand there we go again. 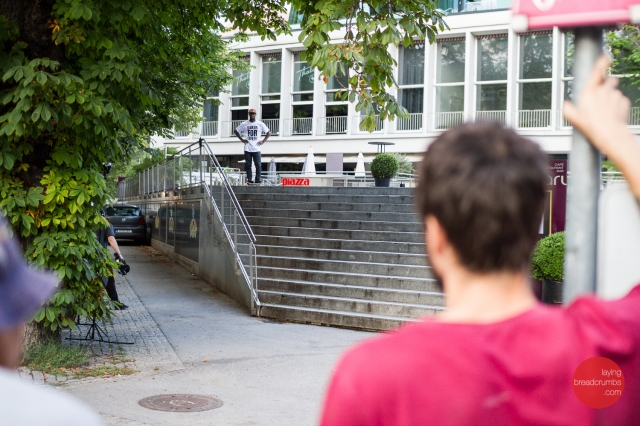 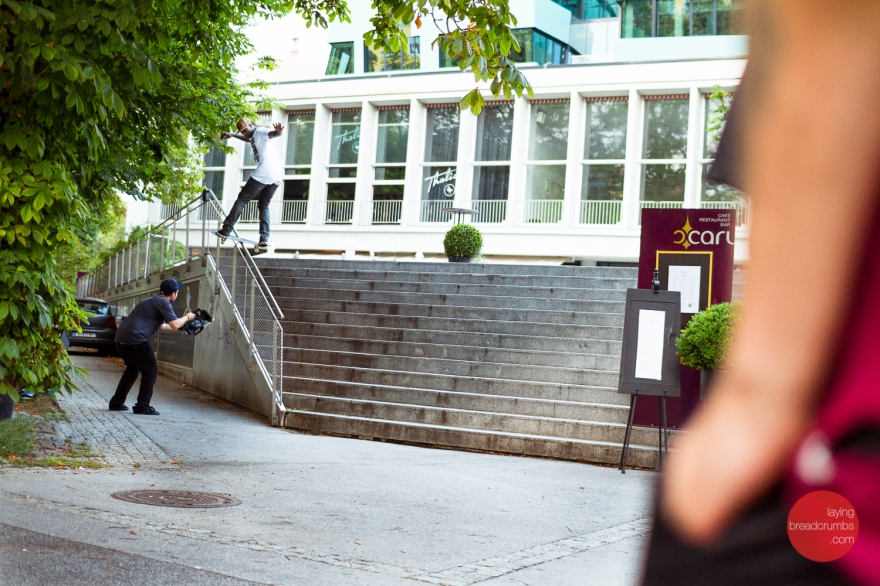 its great to see that theres also people in austria that are stoked on skateboarding and not complaining about it.

or maybe they were simply making sure that “that black dude” doesnt rob anyone, i mean, hey, thats just reasonable. where is Mario Eustacchio when you need him? 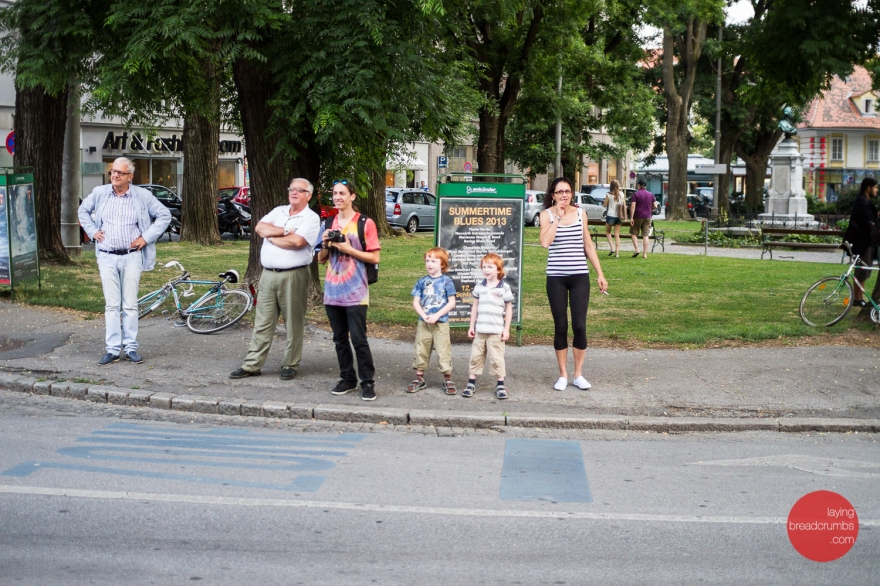 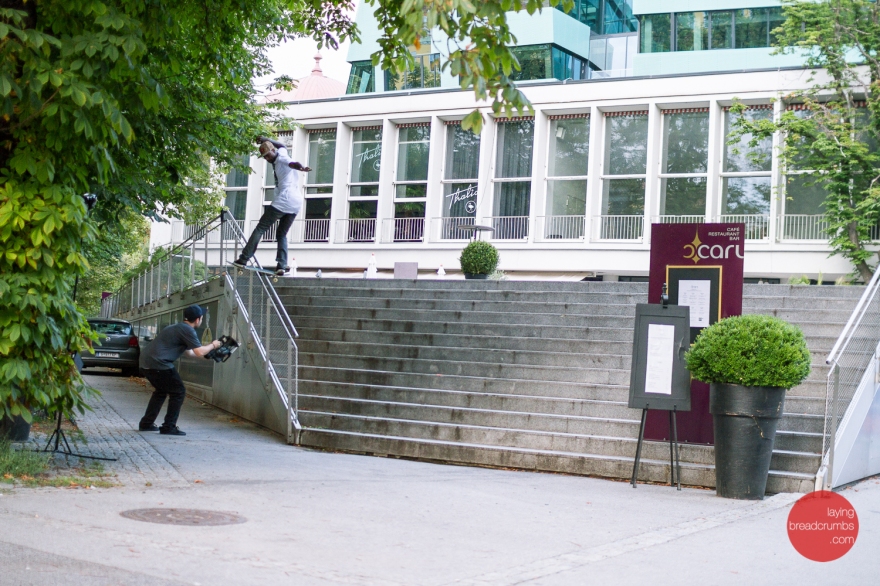 Lucien Clarke, representing Palace Skateboards. not pictured: dark shadows on the horizon. dark “we are getting kicked out again” shadows.

aaand there we go. kicked out again. i guess thats it for today, right?

nope! aaand there we are again! 15 minutes later. 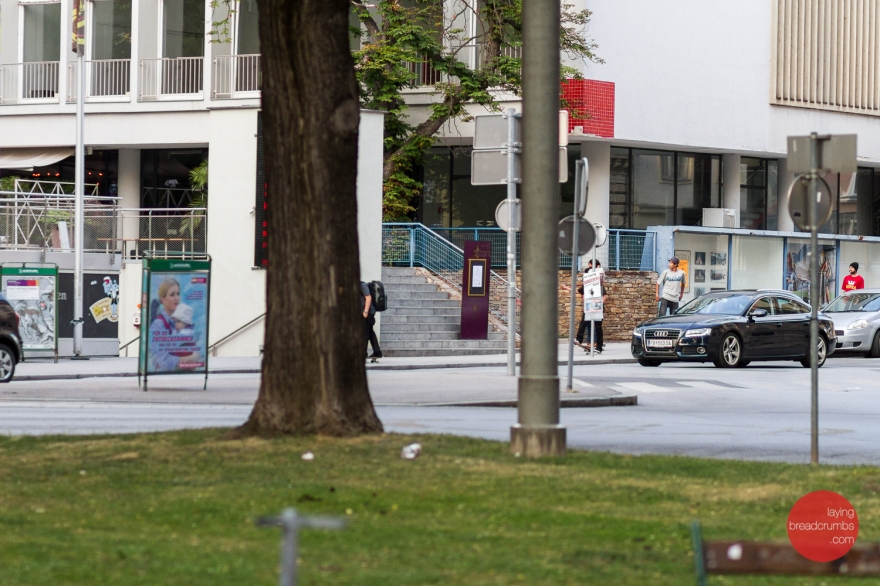 Andi, connecting with his loyal fans. 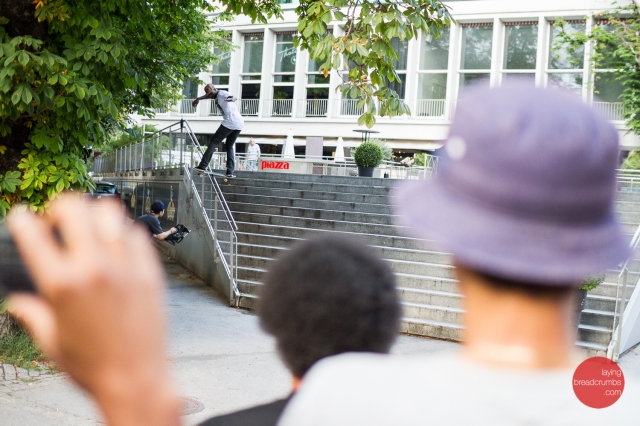 after this, we got the boot again. so, Terry didnt roll away from it. otherwise it would have been in Thrasher anyway. now, its here.

and now, its over.

Thanks to Supra and Freedom Skateshop.