so, there i am, going shopping for natural-flavored yoghurt and the newest issue of “knitting and sewing for the responsible exchange-student” (those new mittens look dreamy!), when suddenly i ran into a giant group of people, ready to leave the stinking city of linköping to go to the stinking city of tallinn. luckily, i had a bag of clothes and my camera with me, so i simply pretended to be in their group and joined them.

upon arrival in stockholm, i quickly realized that this was more than i was prepared for. everyone had his body-weight in alcohol in his bags. everyone was eagerly waiting to get on the boat. 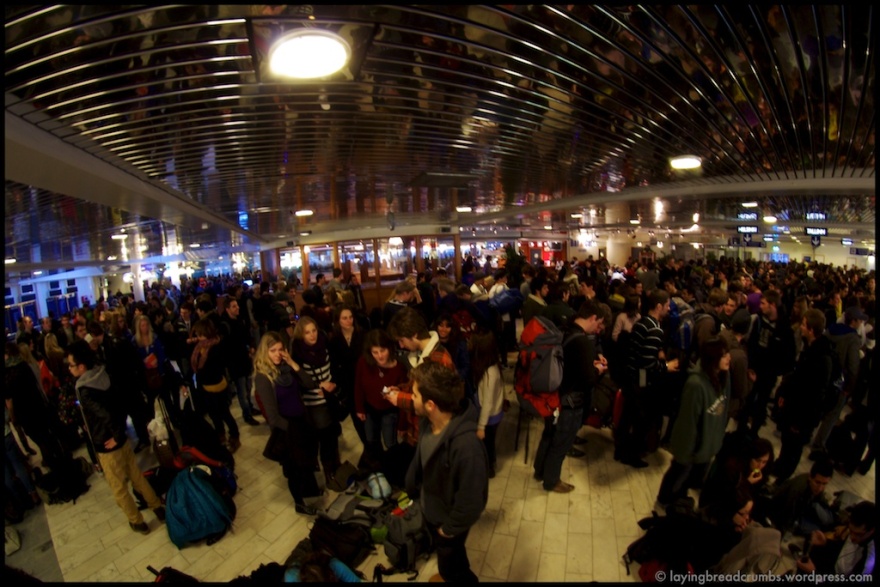 suddenly, the major twist: EVERY BAG IS SUBJECT TO SEARCH! and you are not allowed to bring food or drinks on board. immediately, some estimated 300 bottles of vodka were opened. and since most people planned to buy the non-alcoholic-mix-drinks on board… well, you know. pure stuff.

you can clearly see how hyped david is. the fact that the whole boarding process took about 17h without food and that our little bible-group was surrounded by sweaty, too fast drinking students from crazy cities all over sweden didnt really help either. 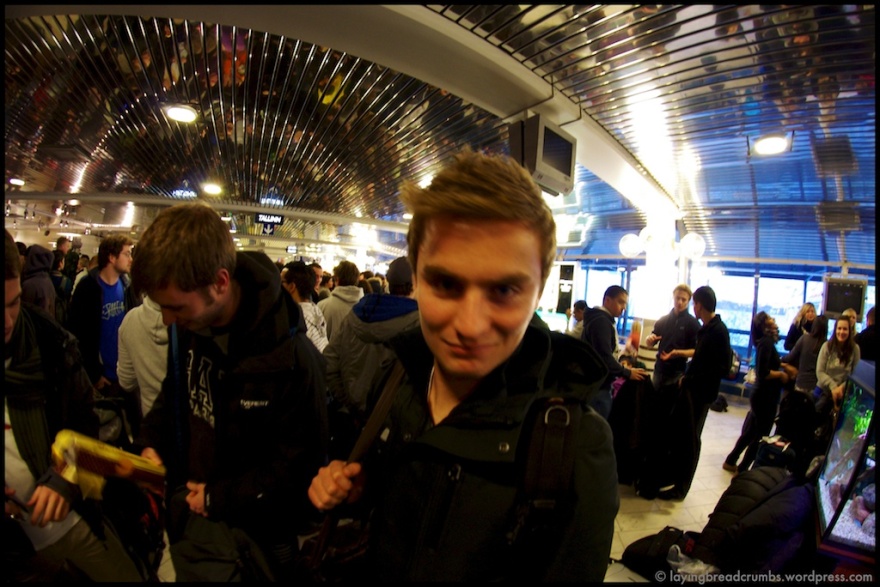 at some point, we actually entered the boat. i smuggled a pack of bread, one can of RedBull AND ONE BAR OF CHOCOLATE onboard. i am a fucking crazy smuggler, thats what i am.

i still feel guilty though.

there was a big buffet on board as well. we liked it. because it had a lot of food. and we like food. 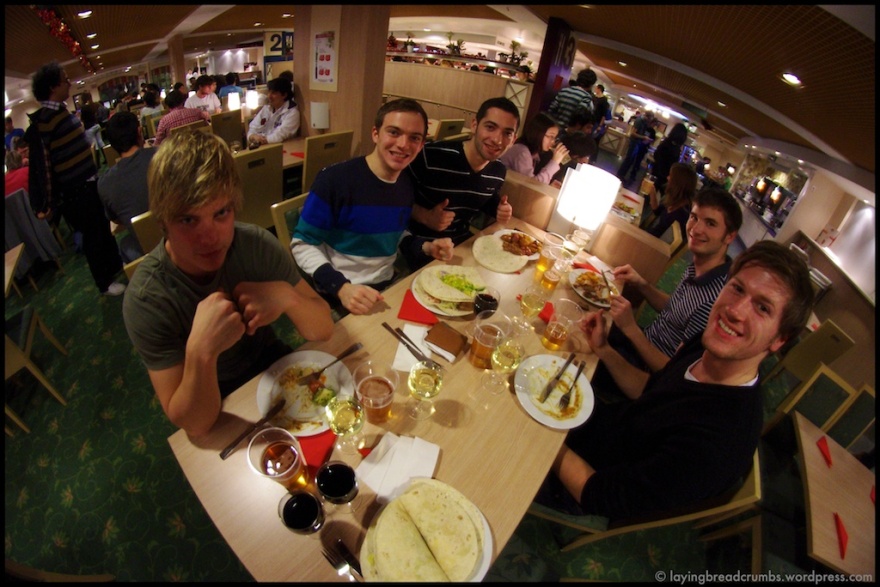 the moon at sea. gotta add some artsy, dreamy stuff in here as well. 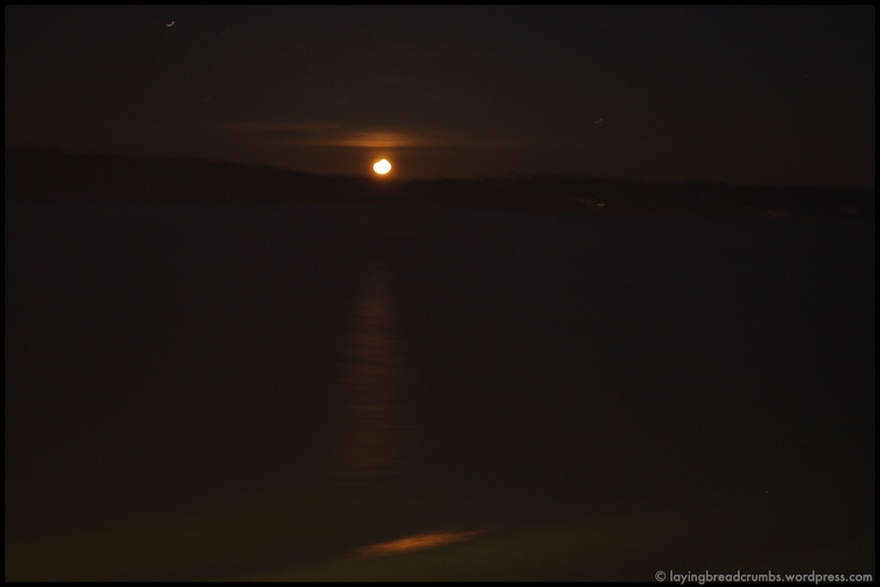 just like that last picture, at some point things got a little blurry that night. lets just say that drinks were drunk, dances were danced and things were broken. hearts, bottles, cups, promises like “i wont puke in your bed” and i guess some interior of the ship.

next day started too early, and it had shocking news for me: apparently i am gay. how ´bout you?

MY GOD! signs of my fading heterosexuality and rising homosexuality everywhere. “come on, stefan, take le coq. sit on it. enjoy it.” the chair seems to say. luckily, there still was a small part of hetero-stefan in me, i preferred to go on. 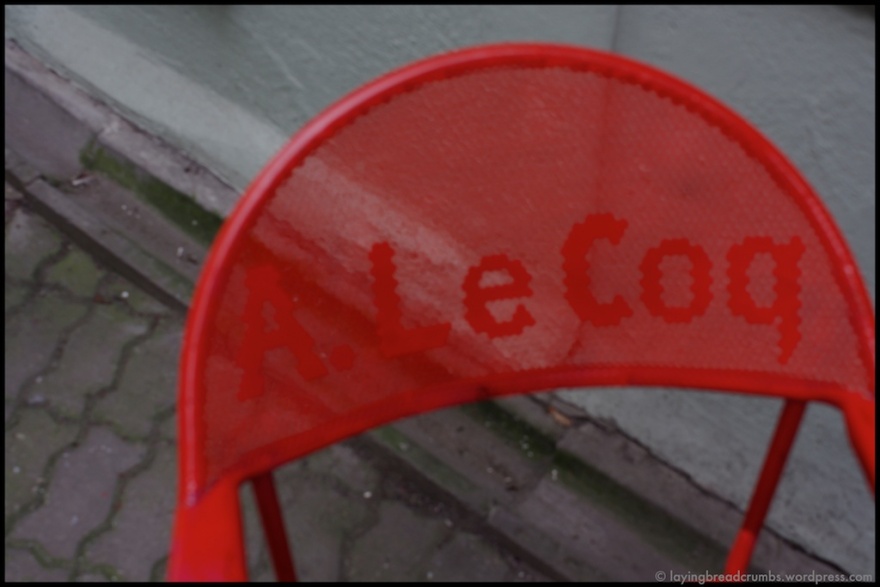 skate that stuff. do it. looks great.

(by the way: i recently found a AWESOME skatevideo from estonia, featuring a shitload of spots from tallinn. enjoy: http://www.youtube.com/watch?v=bgVzB71ZaNc )

thats what we in austria refer to as “hidden entrance in a backalley”. we are smart people.

next thing you know, we are at an irish pub. david dreams about last night. and what he will do better this night.

little hint: his planning was useless.

little did he know that there is only one thing he needs: a country with a government. 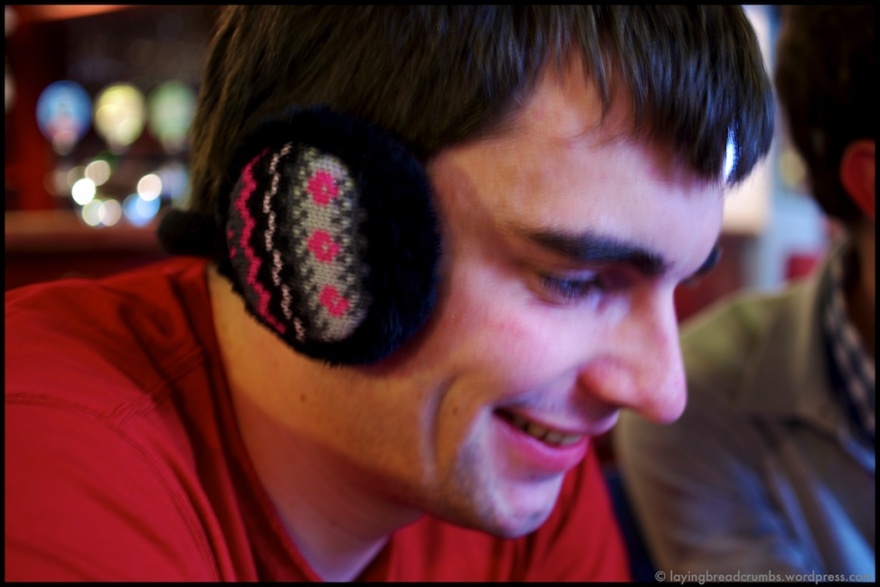 some evil gipsy-spell transformed this poor student into a beer. his life-span would be decreased quite severely by this.

so, it was pre-party-time. since you were only allowed to drink your own stuff inside your cabins, we were pretty packed. it was like playing tetris with hungover, shaking students. shaking because of the insane movements of the ship. FUCK YOU, WAVES. 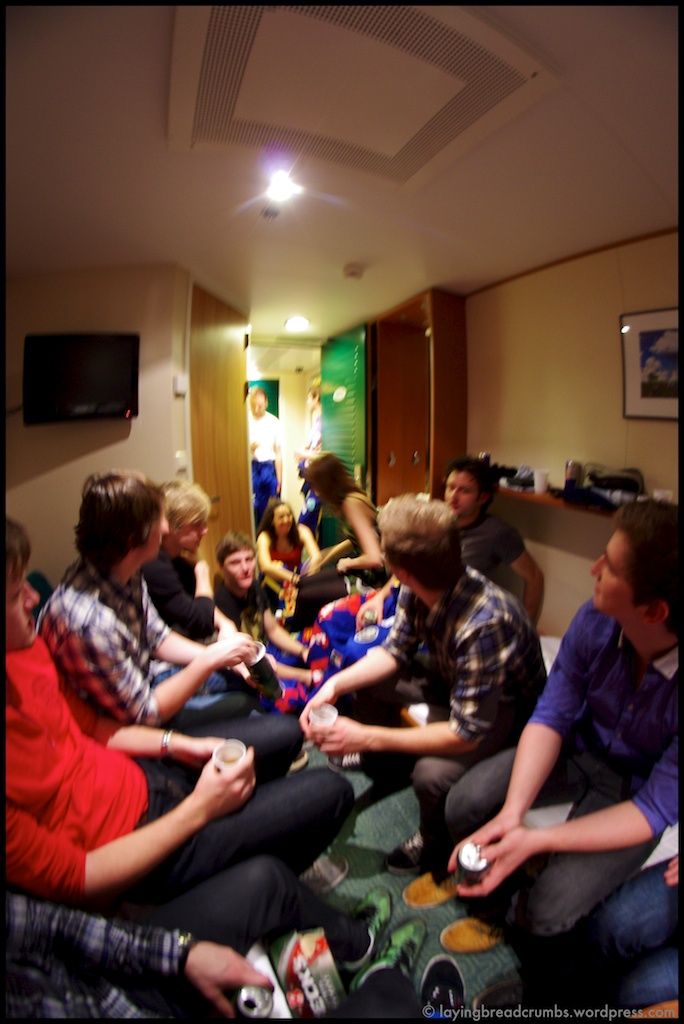 hell yeah, lets get some more people inside!

memorable quote: “if someone defecates in my bed, i will end his life.” imagine that in german with austrian accent, shouted by markus.

after about 1h, there was no oxygen left in there. luckily, the securities were nice enough to force us to close the doors. if you didnt know how it felt to be a chicken thats gonna become a McChicken soon, now you knew.

again, my camera left the party at this point. nothing memorable happened anyway.

there was surely no partying in some strangers cabin without knowing who actually lived there simply because the door was opened.

there were no people running around without shoes or socks.

there was no dennis hugging a pillow on his bed, explaining scottish girls that he was “very gentle”.

Posted on November 19, 2011 Posted in party in the hizzle., tales from abroad